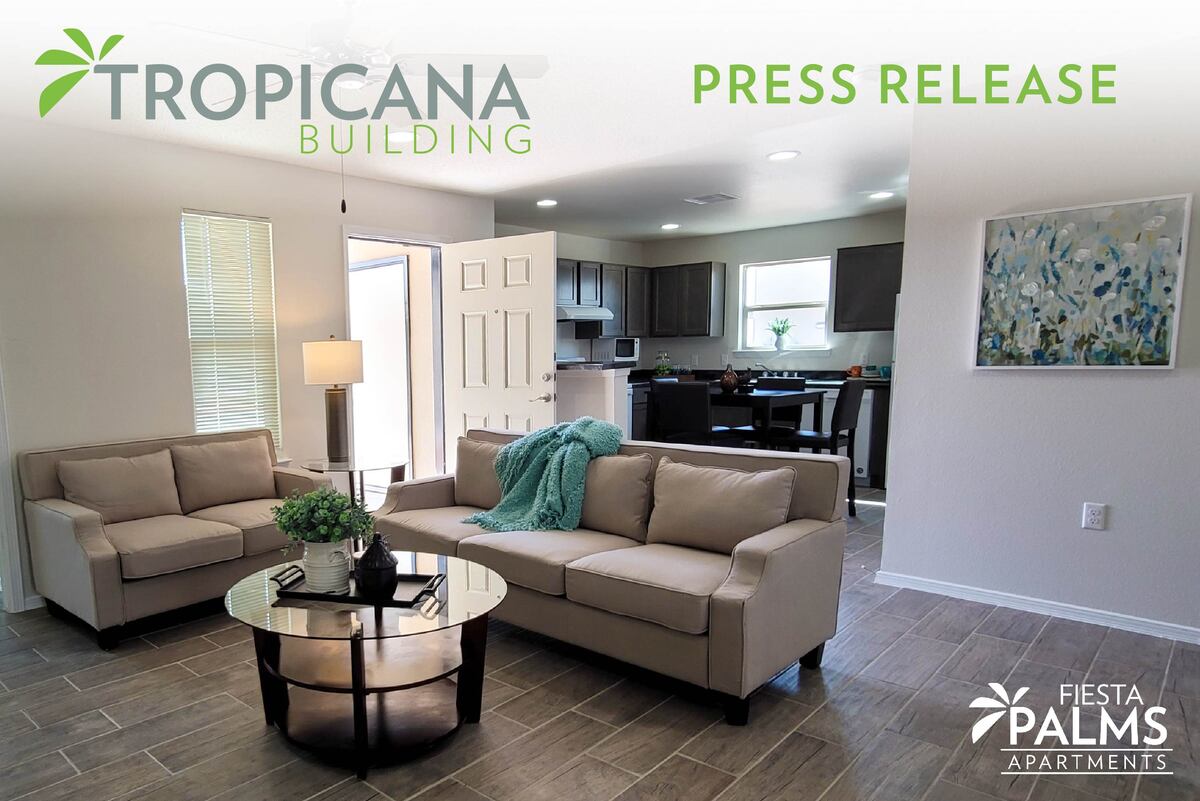 Tropicana Building announced today that on July 28th, the Board of Governors of the Texas Department of Housing and Community Affairs, unanimously approved an award of $11 million in low-income housing tax credits for their proposed Fiesta Palms Apartments. The $16 million development will be constructed at 1080 Horizon Boulevard in Socorro, Texas, near North Loop Drive, and is expected to be completed and ready for occupancy sometime in 2024. The construction will provide jobs for over 200 El Paso area workers, and housing for 80 low-income families, as well as providing much needed property tax revenue, sales tax revenues and other fees to the city of Socorro, that has worked in partnership with Tropicana to help bring these much-needed units to the area.

The award is Tropicana’s 38th competitive 9% tax credit award since 2001—the most in the state of Texas during that time frame. Tropicana Building is owned by Bobby and Randy Bowling and has brought over $300 million in funding through federal tax credits to the El Paso region as well as over $500 million in apartment construction work to their hometown since 2001.