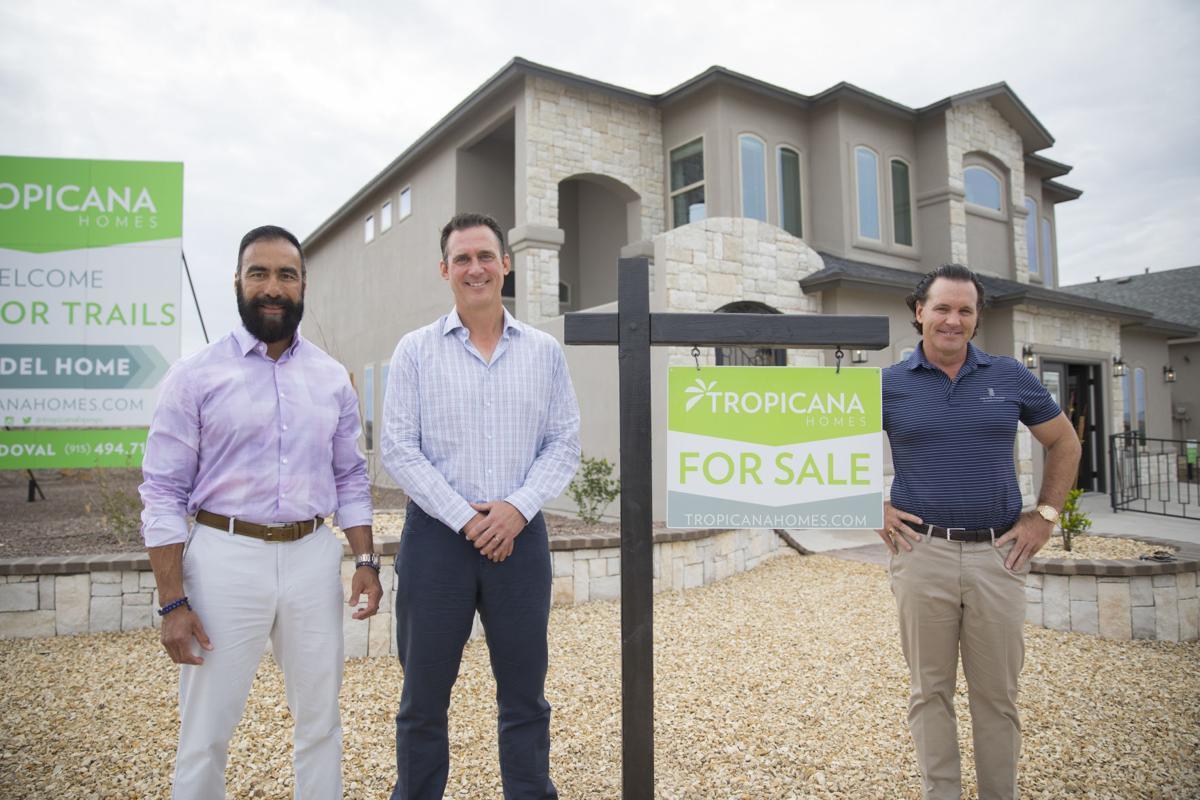 Tropicana Homes of El Paso saw a 93-percent jump in closings from 2015 to 2017, landing the company in the No. 3 spot on Builder Magazine’s latest list of “fastest-growing, up and coming” builders. In 2015, Tropicana’s sold 180 single-family homes, townhouses and condominiums. In 2017, the company sold 347, and sales hit $59 million. “We’re proud to live and work in the El Paso community,” said Randy Bowling, president of Tropicana Homes. “The growth we’ve seen is a great indicator of our dedication and pride we take in our homes and the service we provide.”

Tropicana isn’t the only El Paso company to find a favorable place this year in one of Builder Magazine’s rankings. Desert View, Saratoga Homes and Carefree homes are El Paso’s biggest homebuilders, according to the magazine. Desert View’s had 866 closings in 2017, representing $213 million in sales. Saratoga sold 540 homes, with $107 million in sales. And Carefree closed 407 homes, with sales of $75 million. But it was Tropicana Homes’ 92.78-percent increase in closings – from 180 closings to 347 over two years that put the company in third place on the up-and-comers list. Tropicana builds and sells homes that range from $120,000 to $400,000 in 12 subdivisions throughout El Paso, with most in Far East neighborhoods, including Horizon, Clint and Socorro. In another line of business, Tropicana Building is a known leader here and across the state for apartment projects that provide subsidized housing for low- and moderate-income residents.“We do townhome condo-type apartments and quadraplexes, and in the last 12 months, we built 352 apartments – three complexes with no second story units – a huge increase for us,” said Bobby Bowling IV, president of Tropicana Building. Financed with federal tax credits that attract investors, those complexes went up on Dyer in Northeast, on Pebble Hills on the Eastside and in Montana Vista. “I love this program, and can talk about it all day,” Bowling said. “Let’s say you’re in an entry-level job making $25,000 a year. You qualify for a three-bedroom apartment with your wife and two kids. But say you do a great job and get a raise to $40,000. In the Section 8 and all the HUD programs, they kick you out because you make too much,” he explained. But in the tax credit program, he said, the only year that matters is the renter’s first year, which means they keep their subsidized apartment as their income goes up – and can save for a down payment. “The coolest thing is we’ve sold houses to some of those people,” Bowling said. Tropicana offers free, on-site financial counseling courses to its renters to help them save money for education or a home. They also provide GED courses and social services, including English language instruction. “We have seven homes under contract right now, and we’ll probably close 15 to 20 this year,” Randy Bowling said. “We’ve sold over 50 homes to former renters. Lawmakers love that story. That was the intent of the program at its inception.” Bobby Bowling regularly testifies about the tax credit program before the Texas Legislature. “They hate hand-out programs, and always think that’s what the tax credit program is,” he said. “Then, when I tell them about it and share anecdotes from people who went from nothing to home ownership, they love that.” Bowling describes the El Paso market as solid.

“It’s steady growth, not boom and bust, and that is very good for us when we’re doing $20-million projects, because we need to forecast out for two years in advance,” Bobby Bowling said. Tropicana collects about $2 million a month in rents, he said, and does $30 million to $50 million in apartment construction a year. Single-family home sales typically run about $40 million a year, and Tropicana’s mortgage company, Patriot Mortgage, does about $65 million a year in originations with the help of Tropicana Realty’s agents. Those home and apartment building projects go up on the city’s fringes. Both Bowlings see long-term, hard-to-solve problems for the aging neighborhoods in the heart of El Paso. The city’s two major school districts, El Paso and Ysleta, are struggling with student shortages while the Canutillo district on the Westside and Socorro on the city’s Far Eastside are having trouble keeping up with the growth. “You have to go where there’s a neighborhood with 200 homes that are old, and somebody has to buy all of them, bulldoze it and start from scratch,” Bobby Bowling said. “We need at least 50 acres to make the economies of scale work for single family homes.”